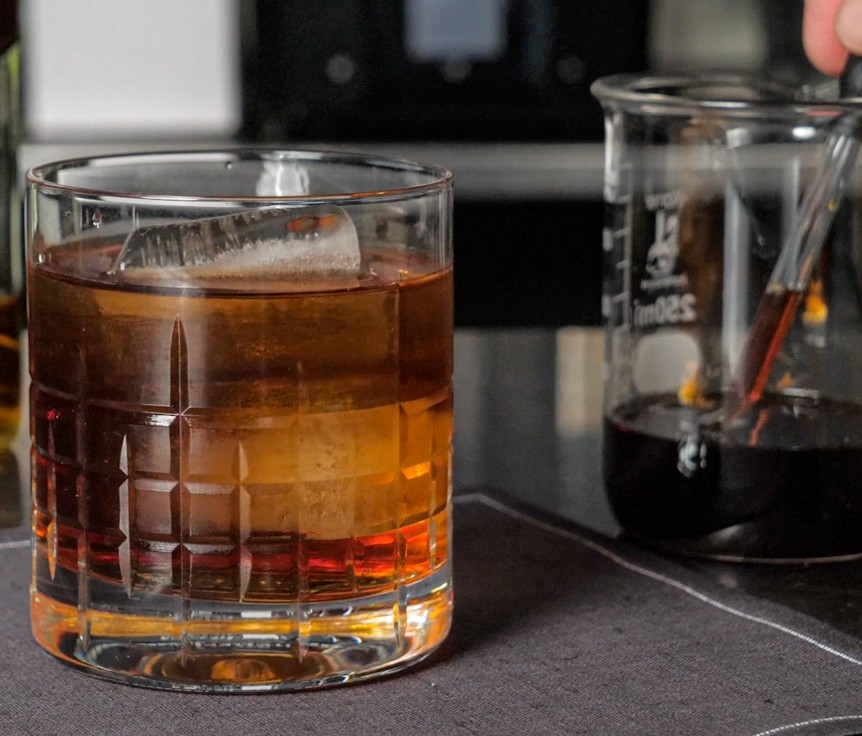 Give cocktails an earthy, smokey flavor and aroma with a cinnamon kick!

Set an immersion circulator to 75ºC.

Combine the toasted cinnamon sticks and overproof spirit in a vacuum bag and seal it.

Cook the cinnamon tincture base for one hour at 75ºC.

When cooking is complete, transfer the vacuum bag to a heavily iced bath to chill to 5ºC / 41ºF for at least one hour. If the bag is opened while the spirit is still warm, this will result in a loss of alcohol content.

Strain the cinnamon tincture base into a blender.

Fill the burn chamber of the Smoking Gun® Pro, with a 50/50 mix of cinnamon stick pieces and cherry wood pieces.

Fill the blender jug with a dense cinnamon smoke.

Blend the cinnamon tincture mixture with the smoke until it tastes heavily of smoke. The resulting smoked cinnamon tincture should be very pungent. Take care not to over-blend the tincture. The heat from friction of the blade will begin to warm the spirit, resulting in a loss of alcohol.

Reserve the Smoked Cinnamon Tincture in an eye dropper. Add a few dashes to cocktails as desired to give them an earthy, smokey flavor and aroma with a cinnamon kick!

Like this recipe and want to be notified when we release our next one? Sign up for our newsletter here > http://bit.ly/PSCNewsletters