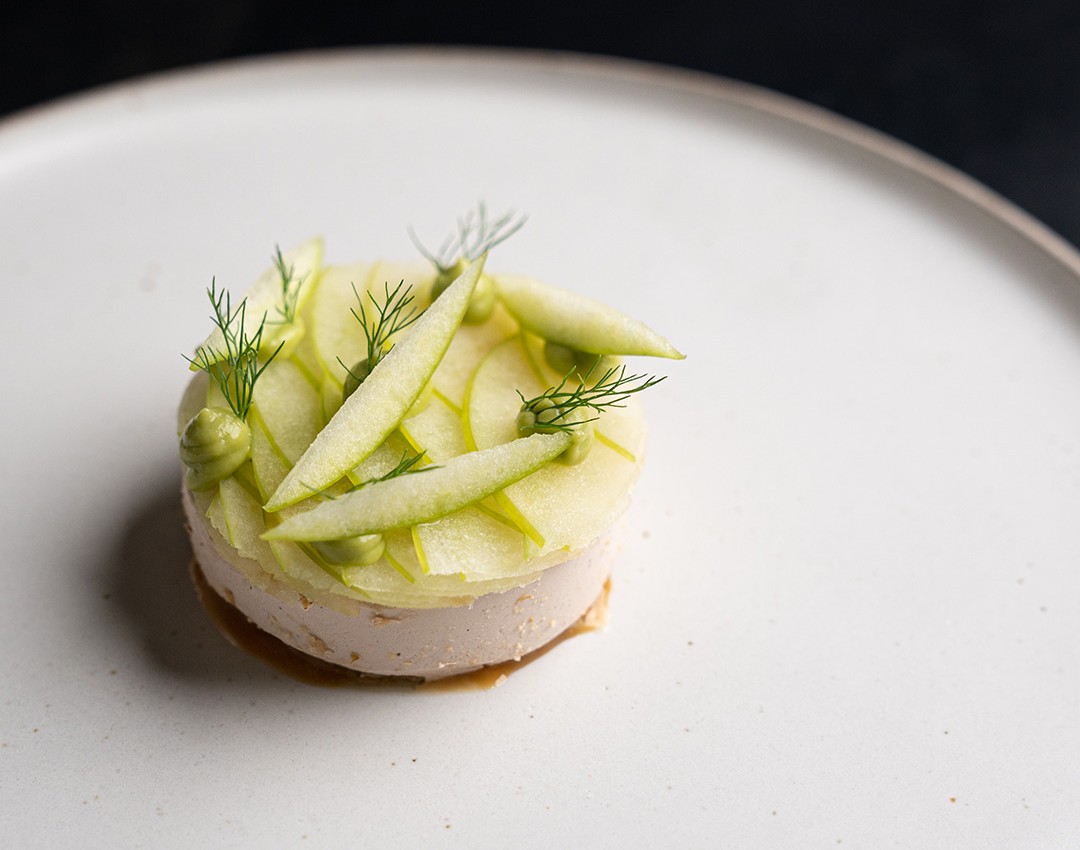 Chef Allison Osorio uses the HydroPro® to pasteurize her smoked vanilla ice cream and create perfectly puffed barley for this delicious dessert with the power of Sous Vide Toolbox™.

Add all the ingredients to a vacuum bag and cook en sous vide at 90ºC for 1 hour and 15 minutes.

Drain the barley. Pat dry and place on a Silpat lined sheet tray.

Fry the barley a little at a time until puffed. Season with salt. Reserve

Toast the spices in a dry pan.

Add water, salt and sugar to the pan. Bring everything to a boil and infuse. Strain and cool over an ice bath.

Place the diced apples and some of the infused liquid in a vacuum seal bag and seal. Cook apples en sous vide at 62ºC for 22 minutes.

Chill in an ice bath immediately after cooking.

Place slices in a vacuum seal bag with more of the infused liquid and compress. Drain and pat dry.

Cut the apples with a cookie cutter and arrange apple slices in a disk form, scalloped. Reserve between two pieces of parchment and compress a second time to seal.

Remove the frozen ice cream ring from the freezer.

Pipe caramel sauce into the center of the ice cream and top with peanut powder.

Top the dessert with the sheet of compressed apple.

Garnish the dessert with the cooked apple, fennel fronds, and avocado mousse.