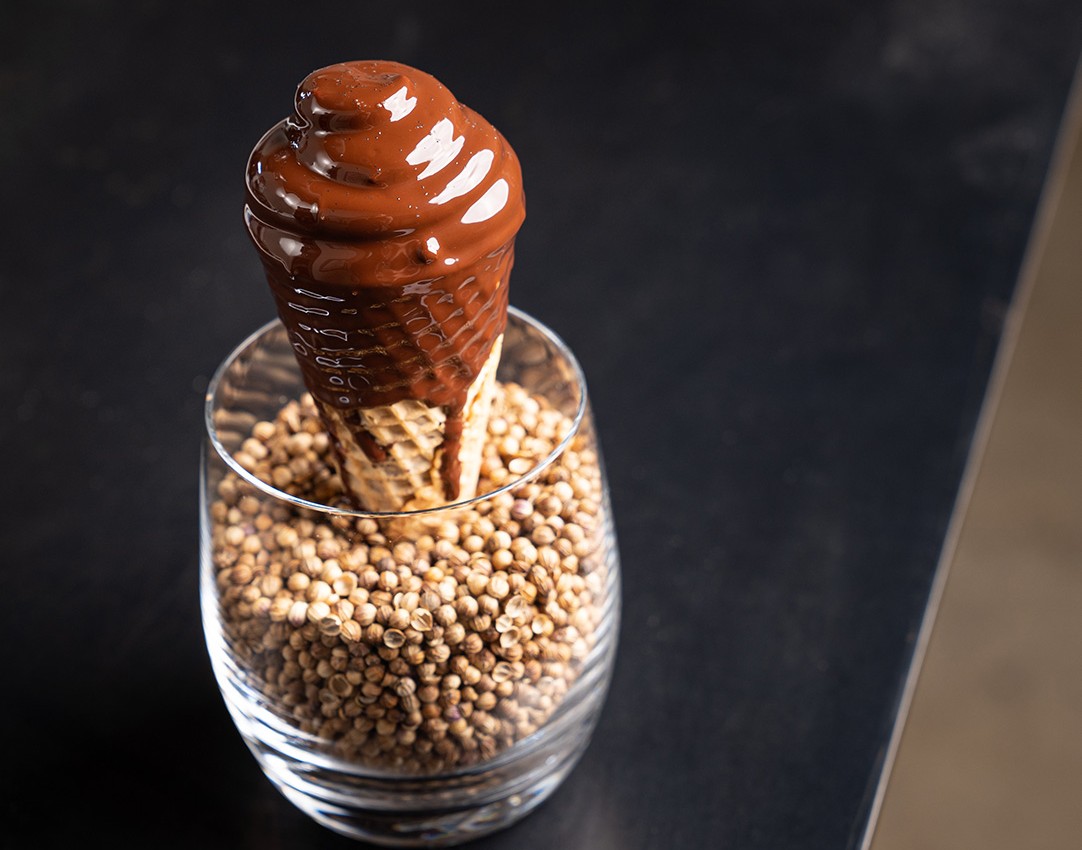 Chef Allison Osorio uses the HydroPro® to prepare whole bananas for a banana butter to use in her twist on a classic ice cream cone.

In a blender, add granulated sugar, vanilla bean seeds and vanilla pod. Blend on high to infuse the sugar.

In a large bowl combine the vanilla sugar with th remaining sugars and powders. Mix to combine.

In a medium pot, add the milk and cream. Bring to 40ºC over medium heat.

Add the dry ingredients to the pot while whisking.

Transfer the mixture to a blender and mix for 1 minute on medium speed.  While blending, use the Smoking Gun Pro with wood chips of your choice and smoke the ice cream base until it is assertively smokey in flavor.

Cool the mixture completely in an ice bath and store the ice cream base in the fridge for 8-12 hours to mature.

Homogenize the ice cream base and freeze per the directions of your ice cream machine.

Toast the cinnamon sticks in a dry pan.

Add butter to the cinnamon and brown it over medium heat.

Cool the browned butter slightly so that it begins to solidify, but is still soft and spreadable.

Add whole bananas to a vacuum seal bag and seal. Cook the bananas en sous vide at 62ºC for 2 hours.

Squeeze the bananas into a blender along with their juices and blend on medium speed.

Add the cream to help smooth the mixture. Add the butter in three parts. Add the molasses, sugar. Season with salt to taste.

Reserve in the fridge.

Fill the bottom of the ice cream cone with chocolate shell to prevent it from leaking.

Top the candied cashews with the banana butter.

Top the banana butter with the smoked vanilla ice cream.

Dip the ice cream in the chocolate shell and serve immediately.